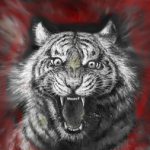 Casual player and freelancer wikia editor. I'm giving a shot at this wikia, adding missing information and helping with formatting.

Used to play the first SSL game all the way back to 2011, but left it behind after the level ~42. Then, when released in 2013, i went into SSL2 and stuck there for a great deal of time, to the point of prestiging once and achieving an Weapon Pack and Reinforced barrel (using only collected tank coins, haven't spent a penny there).

Currently, i am at the Steam version of SSL.

Retrieved from "https://shellshock-live.fandom.com/wiki/User:DamianX07?oldid=4775"
Community content is available under CC-BY-SA unless otherwise noted.